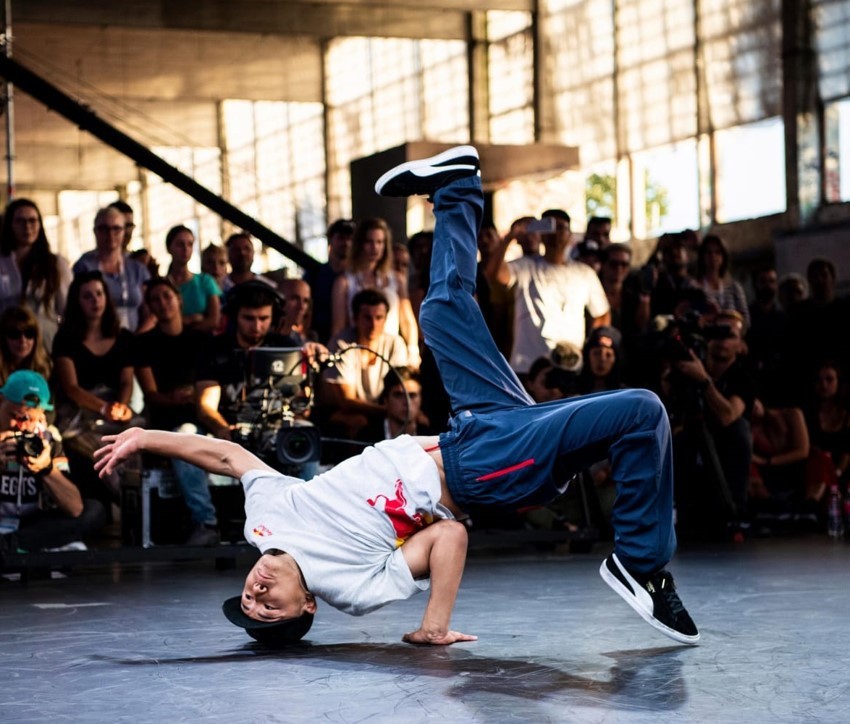 Breaking, also known ad breakdance or b-boying or b-girling, is a dance style. Breaking, together with rap, graffiti and DJing, forms the four elementary compontents of hip-hop. The dancing itself is called “breakdancing”.

The dance has many different types of movements, roughly classified into top rock (standing dancing), footwork (from a squatting position), power moves and freezes (poses). Within breack (and globally in hip-hop) it’s all about having your own style, originality and expression. When one dancer ‘steals’ a move from another, it is called “biten”. Within a battle, this is depicted by hitting each other with both arms (so it should represent a mouth). Originality is often reflected in hip-hop.

One of the most important aspects of breakdance is the battles. Two or more b-boys or b-girls dance against each other to prove who is the best. This is usually determined by a jury.