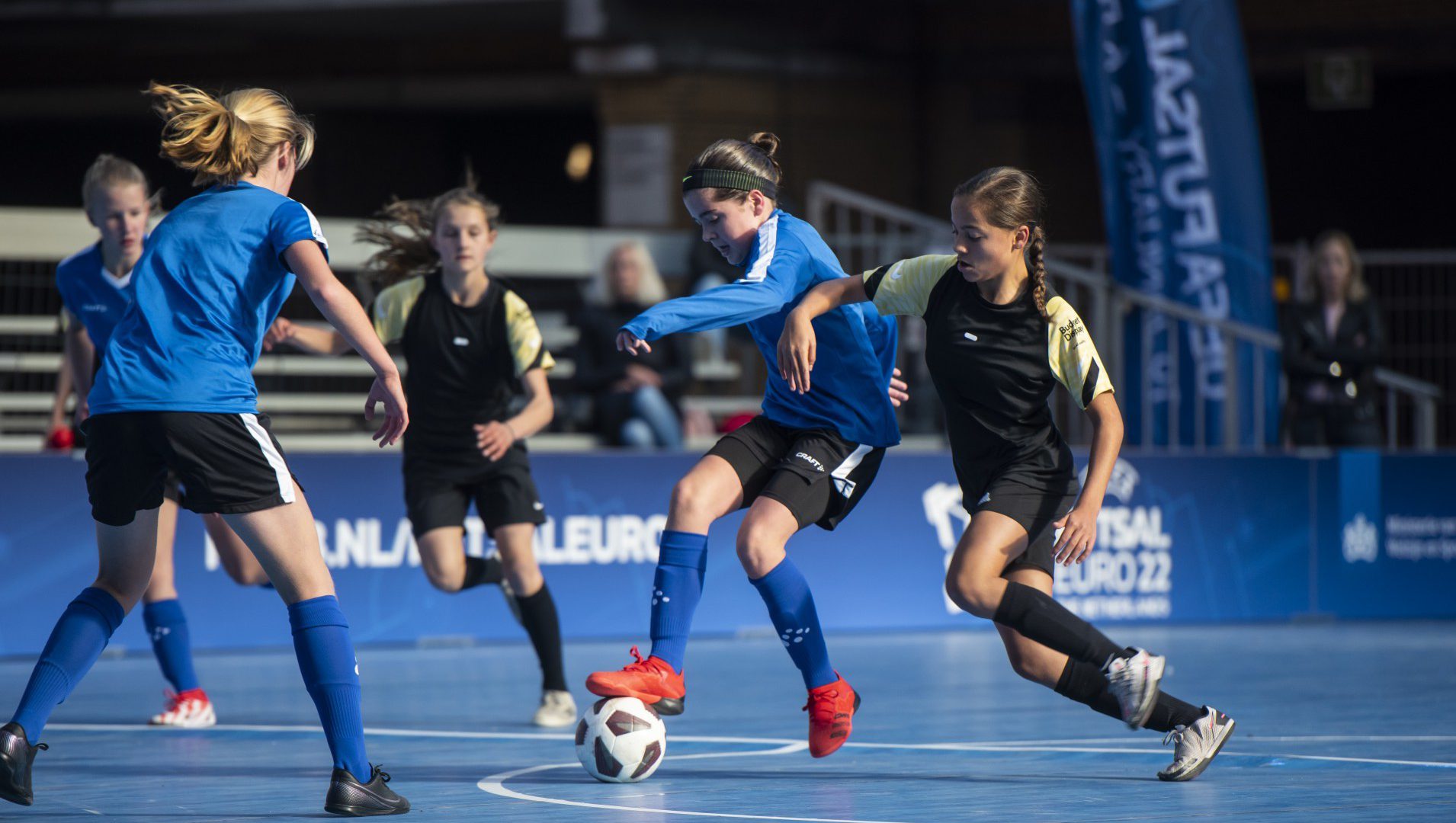 Futsal is known as a dynamic, spectacular and fast sport. It it played on a small field, 5 against 5, and the sport is characterized by many flashy actions, wonderful delights, beautiful goals and super fast combinations. Due to the fast pace of the game, futsal is a very attractive sport for players, fans and spectators. Both to practice and to watch. This applies to both recreational and top sport.

The dynamic nature of futsal means that players can often be found in multiple places on the field, but on general every player has a ‘fixed position’ as a specialism. Some players are known as all-rounders, who can fill all positions. Each country plays in a different system, but the most commonly used formation is the 1-3-1 formation, also known ad the “diamond formation”. In general, a team consists of the following positions: