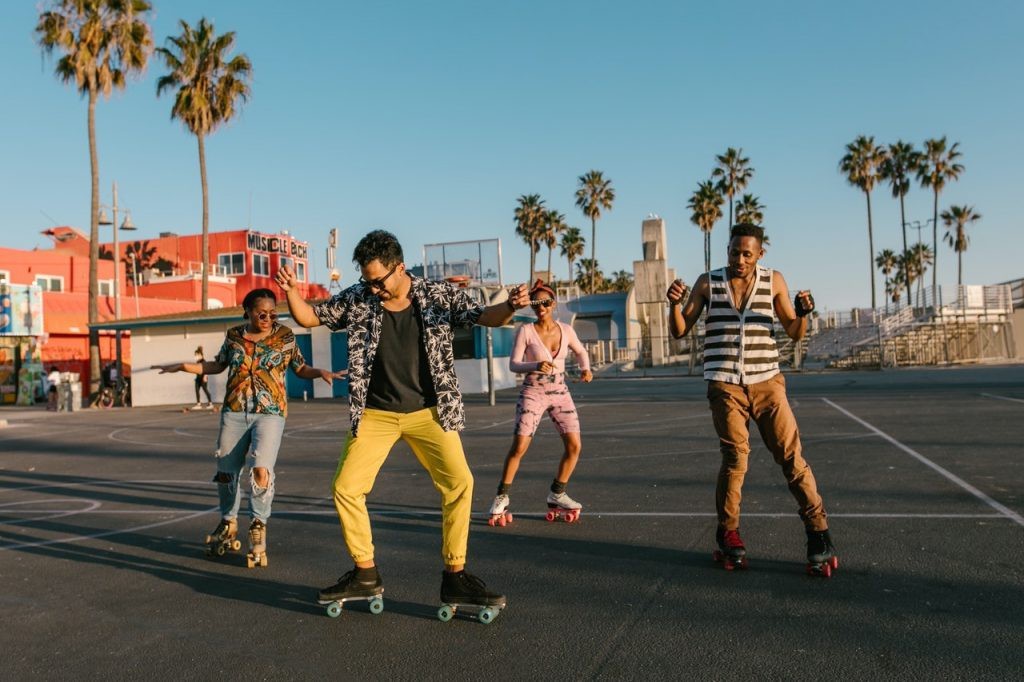 Roller skating is traveling on surfaces with roller skates. It is a recreational activity, a sport, and a form of transportation. Roller rinks and skate parks are built for roller skating, though it also takes place on streets, sidewalks, and bike paths.

Roller skating originated in the performing arts in the 18th century. It gained widespread popularity starting in the 1880s. Roller skating was very popular in the United States from the 1930s to the 1950s, then again in the 1970s when it was associated with disco music and roller discos. During the 1990s, inline outdoor roller skating became popular.

Check out the full #USWA2022 program (Dutch only)
show me