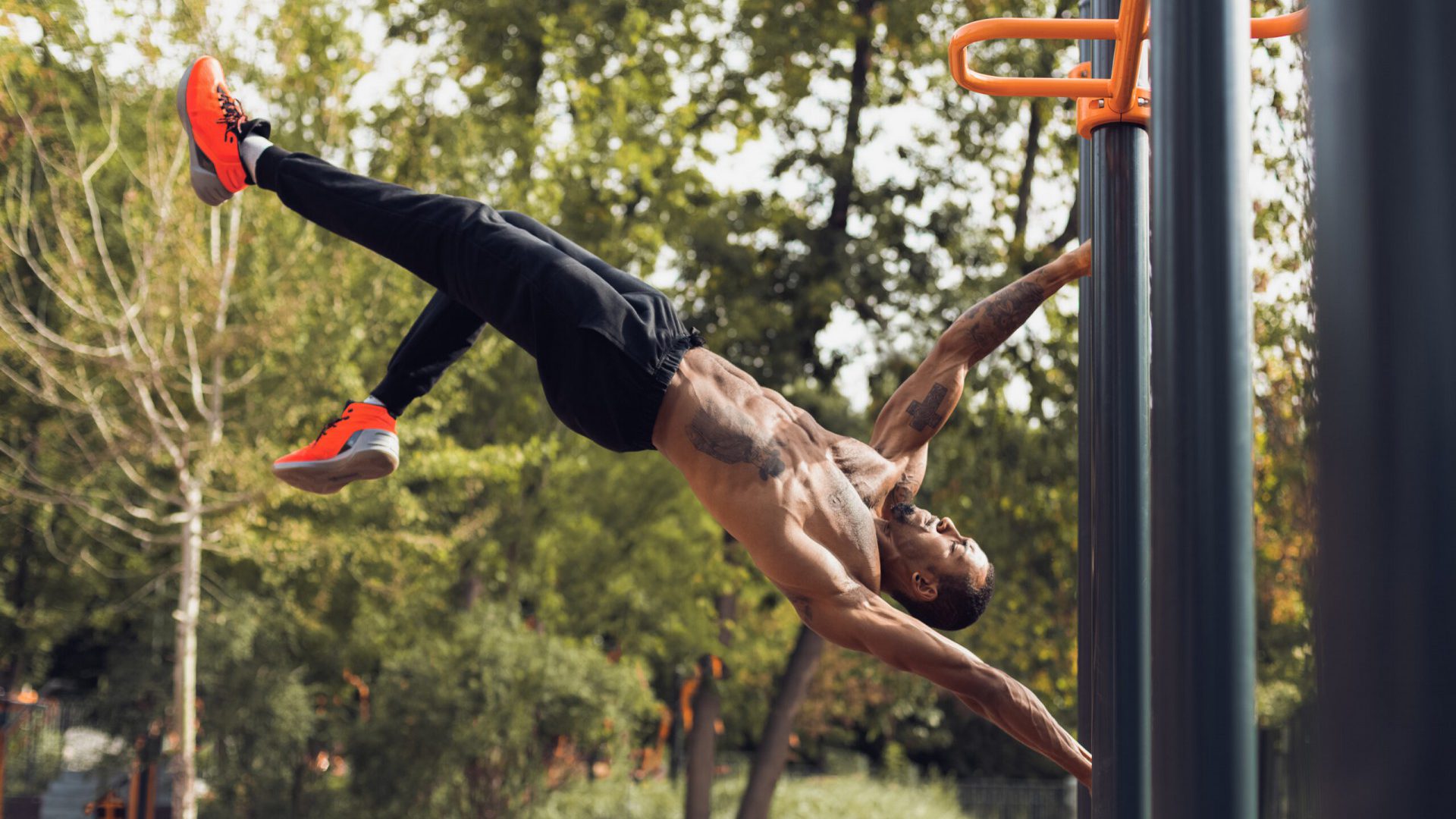 Calisthenics (American English) or callisthenics (British English) is a form of strength training consisting of a variety of movements that exercise large muscle groups (gross motor movements), such as standing, grasping, pushing, etc.

These exercises are often performed rhythmically and with minimal equipment, as bodyweight exercises. They are intended to increase strength, fitness, and flexibility, through movements such as pulling, pushing, bending, jumping, or swinging, using one’s body weight for resistance. Calisthenics can provide the benefits of muscular and aerobic conditioning, in addition to improving psychomotor skills such as balance, agility, and coordination.

Urban calisthenics is a form of Street Workout; calisthenics groups perform exercise routines in urban areas. Individuals and groups train to perform advanced calisthenics skills such as muscle-ups, levers, and various freestyle moves such as spins and flips.

Sports teams and military units often perform leader-directed group calisthenics as a form of synchronized physical training (often including a customized “call and response” routine) to increase group cohesion and discipline. Calisthenics is also popular as a component of physical education in primary and secondary schools over much of the globe.

Check out the full #USWA2022 program (Dutch only)
show me